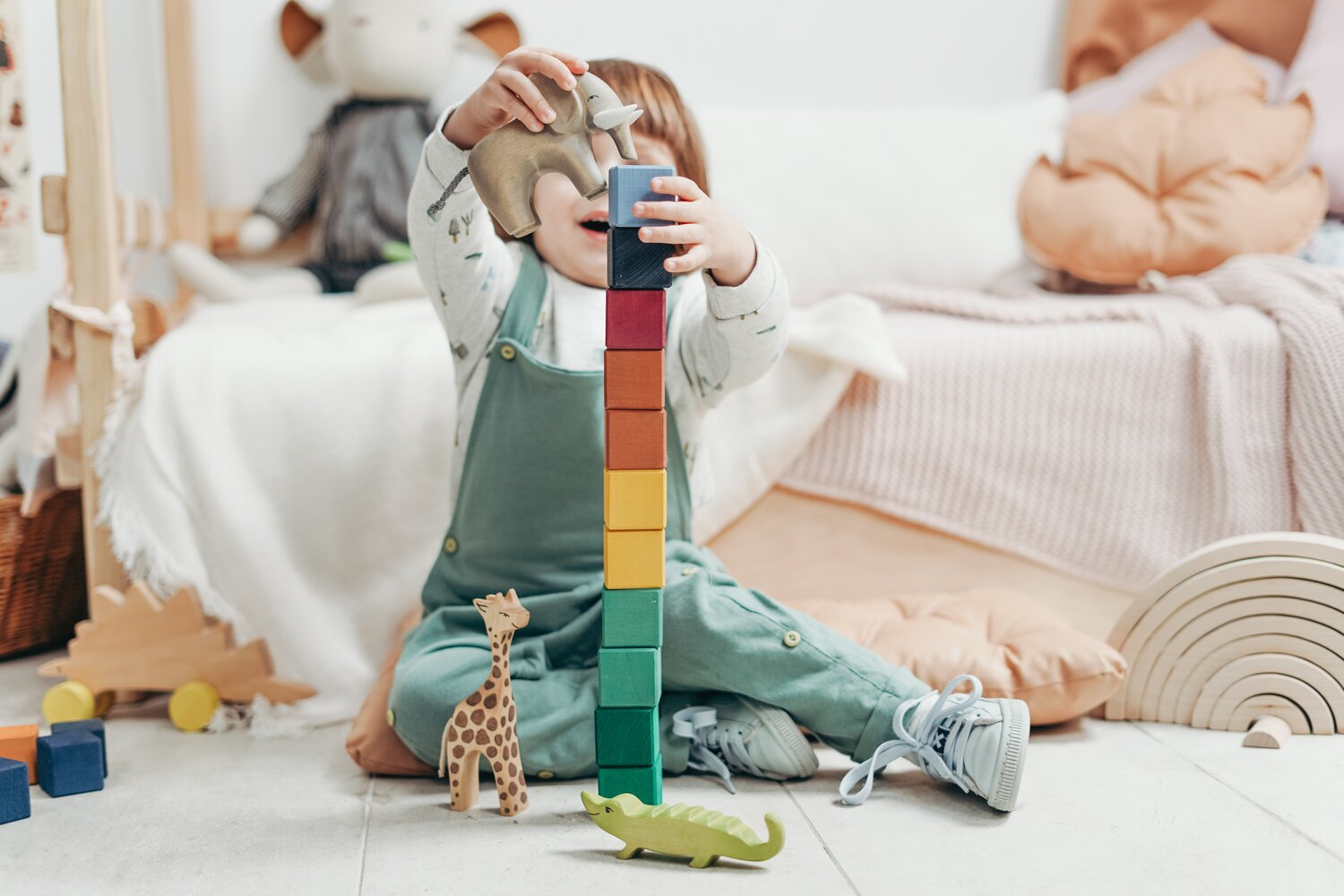 My daughter loves books. In fact, “book” was her first real discernible word! Her second word was “again,” immediately following the reading of any given book.

Around a year old, her favorites included all the Emily Winfield Martin books (The Wonderful Things You Will Be, Dream Animals, Daydream Animals), Chu’s Day, Llama Llama Red Pajama (I have mixed feelings about this one because the mom in the book is doing dishes in pearls and an apron even though the book was published in 2015… but Nilou wants to read it constantly so whatever), Peek-A-Who?, Where’s Spot, Baby Bear, Baby Bear, What Do You See? and Goodnight Moon.

A walker or activity table of some sort helps babies cruise around as they are learning how to walk. We borrowed something like this from a friend and it is not cute, but it was Nilou’s favorite thing for a few months. My mom keeps this Baby Einstein music activity table at her house and Nilou also loves that.

Nilou still likes chewing on this banana toothbrush, the Nuby Teethe-EEZ and Asian soup spoons. We also keep this Comotomo teether attached to her carseat with a pacifier clip and she likes that, too.

I mentioned these in the bath section, but the $2.99 stacking cups I bought at IKEA are a huge hit. We also have a simple set of wooden blocks that she mostly likes to knock down as I build towers.

Nilou was not super into stuffed animals at one, but she eventually started making friends with hers later on: a stuffed tiger that she talks to in the morning in her crib and a puppy lovey (that looks like our dog Georgie). She’s also into a little felted panda that she got from some KLM flight attendants on her first flight. I’m pretty sure it’s a Christmas ornament, honestly.