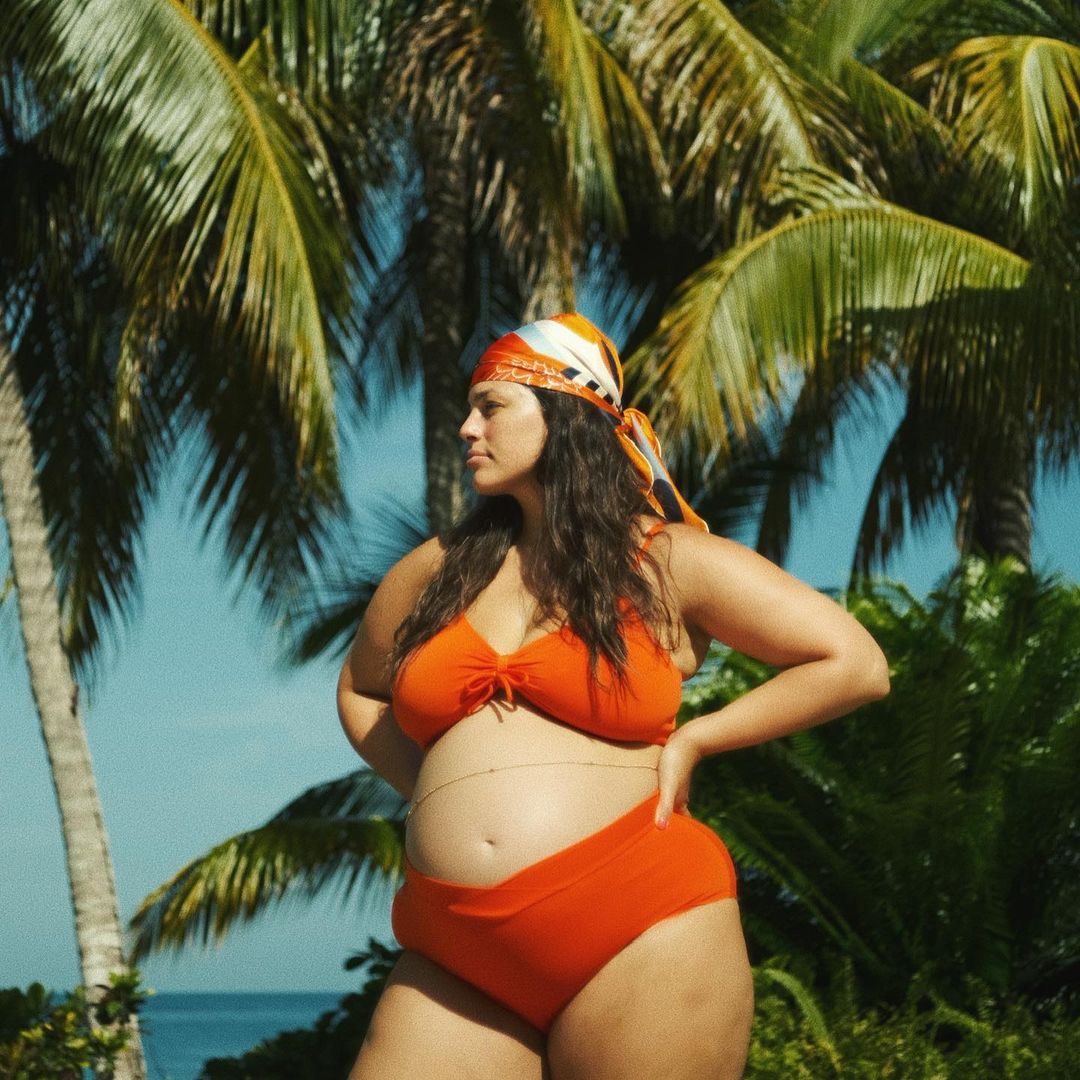 
Supermodel Ashley Graham announced in July that she and her partner Justin Ervin announced that they were expecting! She shared the news by posting a stunning maternity picture that featured her growing baby bump on her Instagram. Now, the Pretty Big Deal podcast host has revealed surprising news about her pregnancy.

Ashley shared a video that started out with her and Justin learning that they were expecting. Two pregnancy tests revealed that Ashley was pregnant. “I guess two confirmed tests means that I’m pregnant,” Ashley said in the video. Following that scene, the video showed Ashley at the doctor’s office getting an ultrasound. This clip revealed that… it’s twins!

But that’s not the only news that was revealed! “That’s a penis,” Ashley exclaimed after learning she was carrying twins, to which the ultrasound technician confirmed. Looking at the second baby, Ashley guessed that it was a girl, but the ultrasound tech corrected her by saying, “No, that’s a boy, too.”

At this news, Ashley sat up and asked, “Are you serious? We’re gonna have three boys!” Justin echoed her sentiments by saying, “You’re kidding me.” It looks like the couple will be welcoming TWO baby boys. Ashley and Justin welcomed their first child together, a son named Isaac Menelik Giovanni Ervin, on January 18, 2020. Since becoming a mother, Ashley, who is spreading the message of body positivity, has been open about her changing body through this journey, sharing all about her changing body, breastfeeding, and more.

Congratulations to Ashley and Justin on news of their twins! We wish them good health and lots of love as they prepare to welcome two baby boys.

Baby products for the first time mom Baby shower baby essentials to add to your baby registry. Some first-time mom

A Once-Beige Townhouse Is Now Incredibly Bold, Dramatic, and Colorful

A Once-Beige Townhouse Is Now Incredibly Bold, Dramatic, and Colorful