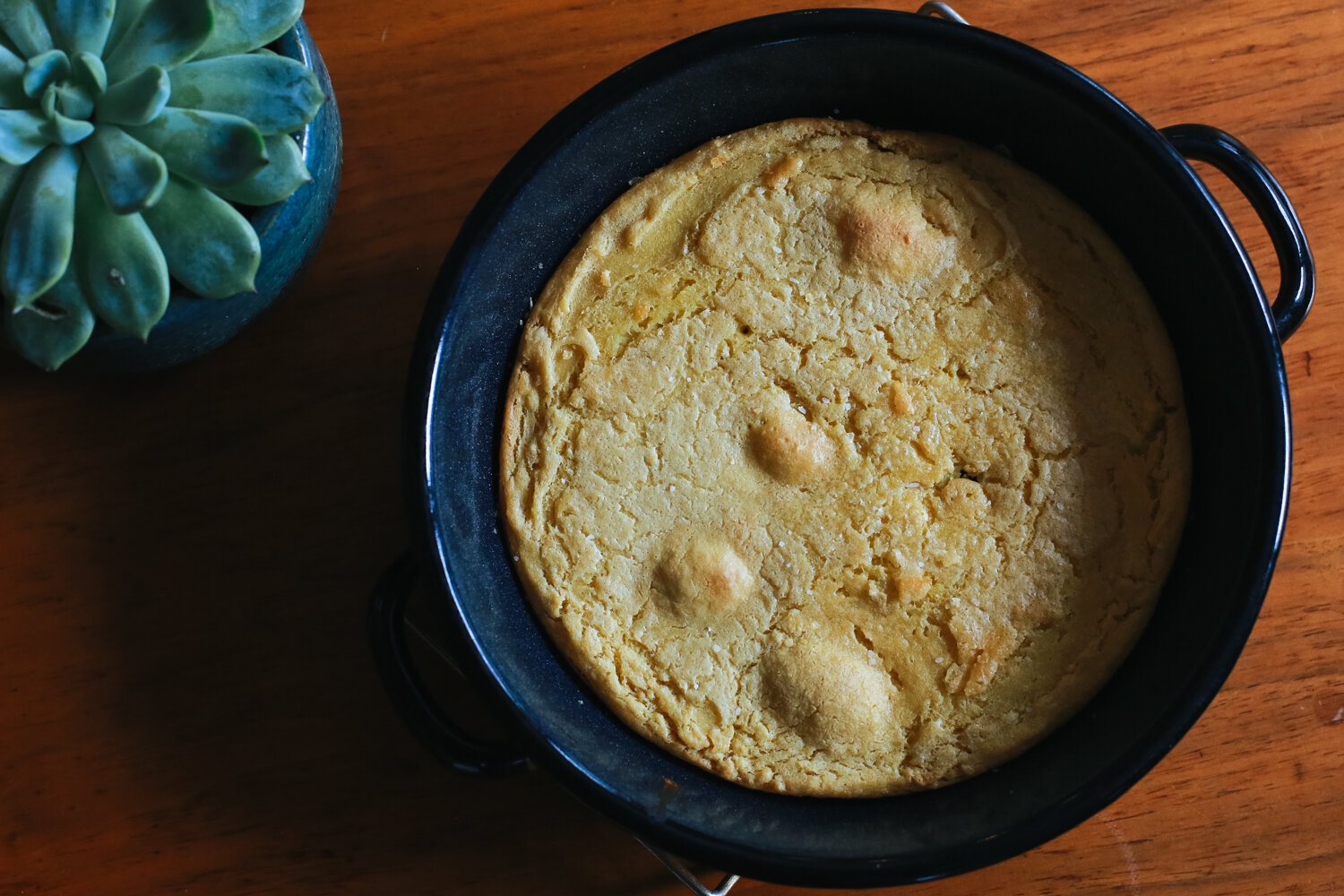 We all know that commercial where Oprah is like, “I LOVE BREAD.” I could be in the same commercial, but with socca (… or bread, let’s be honest).

This unleavened, naturally gluten-free chickpea bread is one of my favorite things to make for myself (socca for one!) and for having people over because it’s sort of impressive and no one else has to know that it’s basically only one ingredient.

Socca (in France) or farinata (in Italy) is a garbanzo creation made from chickpea flour, olive oil, water and salt. That’s it. Sometimes it’s tender like a pancake, sometimes it’s a little crispier like a cracker. Depends on what you’re going for. Mine is more on the pancake end of the spectrum (with a nice crispy crust on the bottom!).

This incredibly simple and ancient recipe goes back further than written history, so the exact origins aren’t known. There’s a legend that Roman soldiers invented it by cooking it on their shields, though that seems doubtful because everybody knows that women have invented all the best foods. Even if it’s 10% true, I guarantee one of those Roman soldiers learned how to make it from his mom.

I love socca because it’s so easy and it goes with almost anything. For years now I’ve kept chickpea flour in my pantry for this exact purpose. I don’t use it for anything else except socca. I’m sure there are other applications, including desserts and the Indian snack sev (which I would try to cook if I weren’t terrified of deep-frying). I choose to reserve all of my garbanzo bean flour stash for socca.

What do you need to make socca?