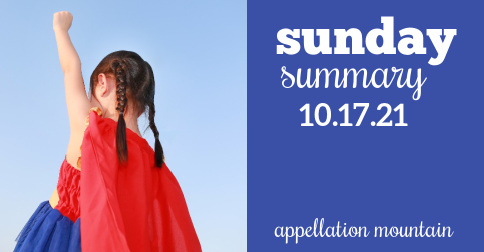 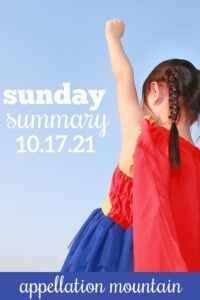 Yup. The Bard knew how to name ’em.

It got me thinking about what it means to name your child after a personal hero.

Fictional characters are always flawed. That’s why they’re compelling, right? Dig into any real-life figure and they, too, reveal their weaknesses.

I suppose the exception might be saints. After all, hagiography exists to extol the virtues and triumphs of extraordinary women and men.

Except not really. Because most saints – the ones who wrote extensively, or were well-documented in the historical record – also reveal their struggles.

So when we take inspiration from our heroes, we’re necessarily holding up some aspect of that figure while overlooking others.

But it’s also a potential risk.

Imagine you name your child after a favorite athlete … only to have the later part of that athlete’s career consumed by a scandal. Or you’ve taken inspiration from a fictional character, but a later re-telling of his story makes him seem less admirable.

I think, on balance, the risk is worth it. Naming our children for our heroes gives their names extra meaning.

But we have to be clear-headed about the possibility that our hero’s name might not resonate across the generations. That argues for heroic choices that have already stood the test of time. Think Serena, not Khaleesi.

Or really, any of Shakespeare’s heroines. Because a few more girls answering to Beatrice and Cordelia and Rosalind? That’s always welcome.

Did your personal heroes inspire your child’s name?

I’ve never lived in the South. My impression is that naming works a little different. This list confirms some of it. But I’d love to hear from Southerners, or anyone who has lived there long enough to comment.

How did I miss the reasons behind the Knives Out character names? I remember thinking they were a little weird, but on point for the story. Turns out there’s inspiration behind them all!

Namerology’s new list of s-ending surname names goes beyond mine. But I still think my pics – like Rhodes, Banks, and Hayes – are among the most promising of the category.

Intriguing predictions for future style stars. I can see some of these catching on.

Lucullan, because sometimes an obscure word seems like a promising name. Lucullan means extremely luxurious. And it looks like a Luc-Cullan mashup, which seems totally unexpected and completely possible. Nobody is actually using Lucullan as a name … but maybe …

For more name chatter, don’t forget to subscribe to my Tuesday newsletter: